Главная / Публикации / Статьи / Technique – Is there a perfect swing for squash?

Technique – Is there a perfect swing for squash? 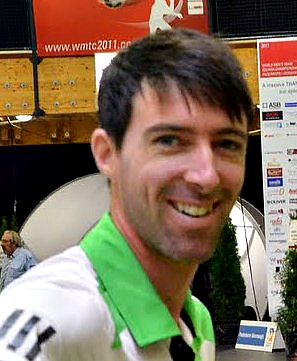 For the first in the series of articles and tips from elitesquash director Hadrian Stiff we discuss the importance and different viewpoints regarding technique.

Coaches and players spend many hours discussing and arguing the part that technique plays in making a great squash player. I would consider myself a very technical coach and put a lot of value on having a swing that allows for the most amount of control over the ball.

But technique in squash can vary so much, more than tennis for example. It is possible even to distinguish a ‘National” style. Egyptian players are noted for their relaxed swing and very fast racket head speed. French players tend to have a firmer, short swing; think of Greg Gaultier and Mathieu Castagnet. It is fair to argue that often a National technique will follow the number 1 player of the time. The last 5 years has seen many English players with a ‘Nick Matthew’ style technique especially at junior level where younger players tend to copy their role models. National coaches also have a big influence on the way players in that country hit the ball. The National coach will normally lead the coaching program and decide how the regional and county coaches teach technique and other areas of the game.

The main question that arises from the points made above is; is there a best way the swing a squash racket? I still discuss this question with my coaching team on a weekly basis! As a coach you have to at least decide on one way to hit the ball for your pupil therefore you have chosen a technique. Do you refer to the best player in the world at the time or the National coach in your country or someone else who you respect and believe in?

In England right now the Nick Matthew era may be coming to an end. Also David Pearson, Nick’s original coach and ex-National coach is no longer involved here. He prescribed the very open faced, soft grip with the index finger very high up the grip. Now we have a new coach, Chris Robertson and a new number 1 in James Willstrop. It will be interesting to see how the majority of players and coaches are hitting and teaching in 5 years from now. It will be different again I think. James Willstrop has a firmer grip with much more of a V shape in the wrist as opposed to the straight line from Nick Matthews index finger to elbow. Will Willstrop be the new swing for young players emerging now in England and other parts of the world? Also, will Willstrop stay at number 1? So to return to the question; is there a best way to hit the ball, it seems the answer at this stage is no. However I would argue that there are elements of technique that are necessary to have the best chance of controlling and attacking the ball. Lets start with the main one: the open racket face. Without this many shots are not possible and control is reduced considerably. 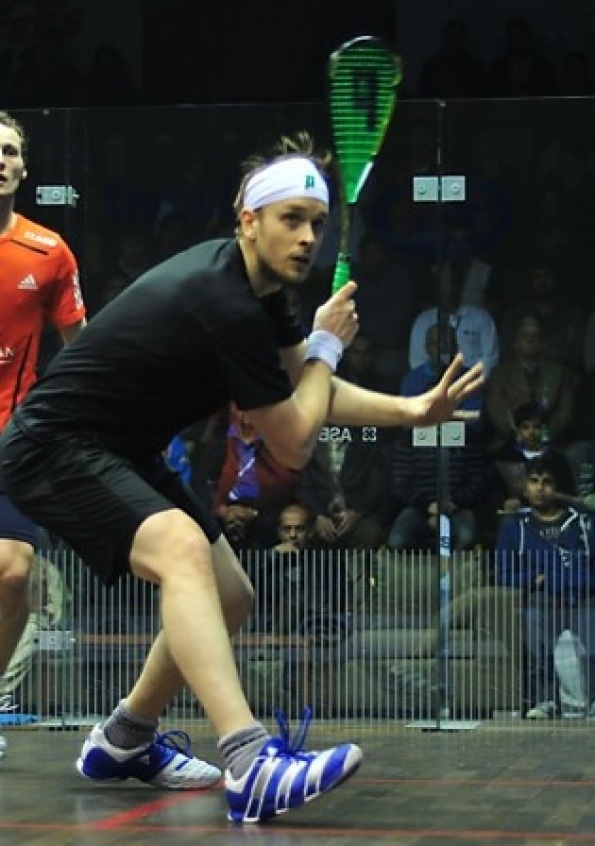 Secondly, the racket preparation, striking point and follow needs to be able to generate power, control and accuracy. The racket preparation can vary according to the shot being played. For example a lob requires the racket head to start below the ball and strike in front of the body but a kill/drop/drive is best played with the racket head starting above the top of the bounce and strike parallel or slightly in front of the body. The follow through also will vary according to the shot being played. For the lob it is effective to use a high, long follow through. The kill and drop is best with a short follow through pointing towards where the ball needs to hit the front wall. What we can draw from the points made above is that there is not one way to hit the ball but vital factors that make the shots most effective. But there are further factors to be added to the technique discussion… Firstly, the game of squash has changed relatively recently to a fast, attacking style based largely around the volley and explosive hitting and movement. In the days of Jonah Barrington 40 years ago, matches were lasting longer and players where more likely to wear each other down than beat each other with winning shots. Essentially rallies are faster now and more winners are being attempted and hit. This asks players in the modern game to have a technique which can take the ball very early and hit winners from all parts of the court, just watch Ramy Ashour and Mohamed el Shorbagy for examples of this! They have techniques that can change according to which shots the are playing and from which part of the court. They even use different spins on the ball. Secondly, all players have different body types and physical ability. Greg Gaultier suits a short, sharp fast swing with his equally fast movement. James Willstrop uses a slower swing most of the time and choses to control the ball with more variation of pace and accuracy. So Gaultier verses Willstrop becomes ‘speed verses control’. So if you are a tall player it is useful to consider a technique that suits your build and style of game. Alternatively if you are a shorter build then your swing and game style is better suited to a more compact style.

The final point I will make on the technique discussion is the repetition factor. Simply, if you hit the ball enough times with a sound technique of some kind it will work! Teaching Mohamed Shorbagy showed me this to an extreme degree. His style is quite different to how I would teach my young players but He has hit so many balls in practice and matches that his ‘unorthodox’ technique will work for him. Practice makes the main difference once a sound technique is established. So when I am teaching players my first question I ask myself will be; is this technique effective? And could it be improved in any way? Not, this technique is different to mine so I will change it! I have learned a vital lesson during the last 15 years of coaching and seeing different players and styles evolve. That lesson is: Do not coach a player too much. That is partly why I work separately from the governing body and stick with my own philosophy. I believe in working with the natural style and shape of swing that is most effective player on court with me. What is most important is does the player seem to find it easy to hit and move on the squash court? If the answer is no then it is more likely that the movement is the first area to investigate. But that will be for a future article…

The elitesquash academy is based in Bristol, England. We have over 100 juniors with 3 National champions and numerous top ranked players. We also have Mohamed and Marwan el Shorbagy, ranked 8 and 31 in the world respectively plus many other professional players. Elitesquash delivers coaching worldwide and provides camps for juniors and adults throughout the year. Please visit www.elitesquash.co.uk for more details.